This guide is a timeline for the process of Coltsville petitioning to become part of the National Park Service. The major focus is on the federal legislation driving this process. Public Law 113-291 includes a series of "Conditions for Establishment" that must be met before the park may be formally established. The National Park Service (NPS) is in the process of meeting the criteria.

As of January 10, 2018, the additional federal legislation passed - needed to authorize the planned visitor's center and administrative offices to be located in the selected buildings within the armory complex. 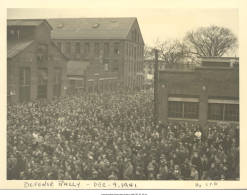 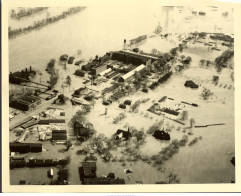 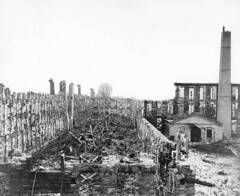 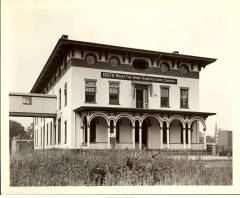 Hartford Architecture Conservancy identifies Sheldon/Charter Oak neighborhood to be preserved in their survey.

In the 1970's the NPS started the process of making it a National Historic Landmark. [22]

Formerly Known As Samuel Colt Home, Armsmear was designated a National Historic Landmark (NHL) by the Secretary of the Interior

Colt Fire Arms Collection give to the Museum of Connecticut History (from The Colt's Patent Firearms Manufacturing Company Factory Collection).

Construction of storehouse and recreation center

To fill the extraordinary demands of the war, the Colt plant underwent a major expansion in 1916, adding the South and North Armories, the Machine Shop, and several smaller structures. This expansion effectively doubled the capacity of the plant.

Elizabeth Colt dies, leaving the Elizabeth Hart Jarvis Colt Collection to the Wadsworth Atheneum, along with $50,000 to build the Colt Memorial Wing. 105 acres of Armsmear grounds was left to City of Hartford for a public park.

Company sold to Armstrong & Schirmer and a holding company was formed.

Church of the Good Shepherd completed at 155 Wyllys in Samuel Colt's memory.

Mrs. Colt chooses Edward Tuckerman Potter as her architect for the Church of the Good Shepherd.

Elizabeth Colt began to organize a new parish in the South Meadow and was planning to erect a memorial church in memory of her husband, Sam Colt.

Fire at the Armory.

Around this time Colt had skilled workers from Potsdam, Germany emigrate to Hartford in order to work in the willowware factory. The Swiss chalet-style Potsdam houses were built for these workers.

Armsmear was built as Colt family residence. Style of Armsmear described as an Italianate villa.

Crystal Palace Exhibitionin London: Colt revolvers displayed at this 1851 exhibition. System of interchangeability demonstrated as a highlight of the ''American System of Manufacturing."

Began construction of his first factory in Hartford in 1847

Samuel Colt born in Hartford in 1814