For primary documents relating to Connecticut's Western land please see the Western Reserve Materials Guide attached as a pdf. Also see the links to the "Connecticut Archives" topics on this subject. 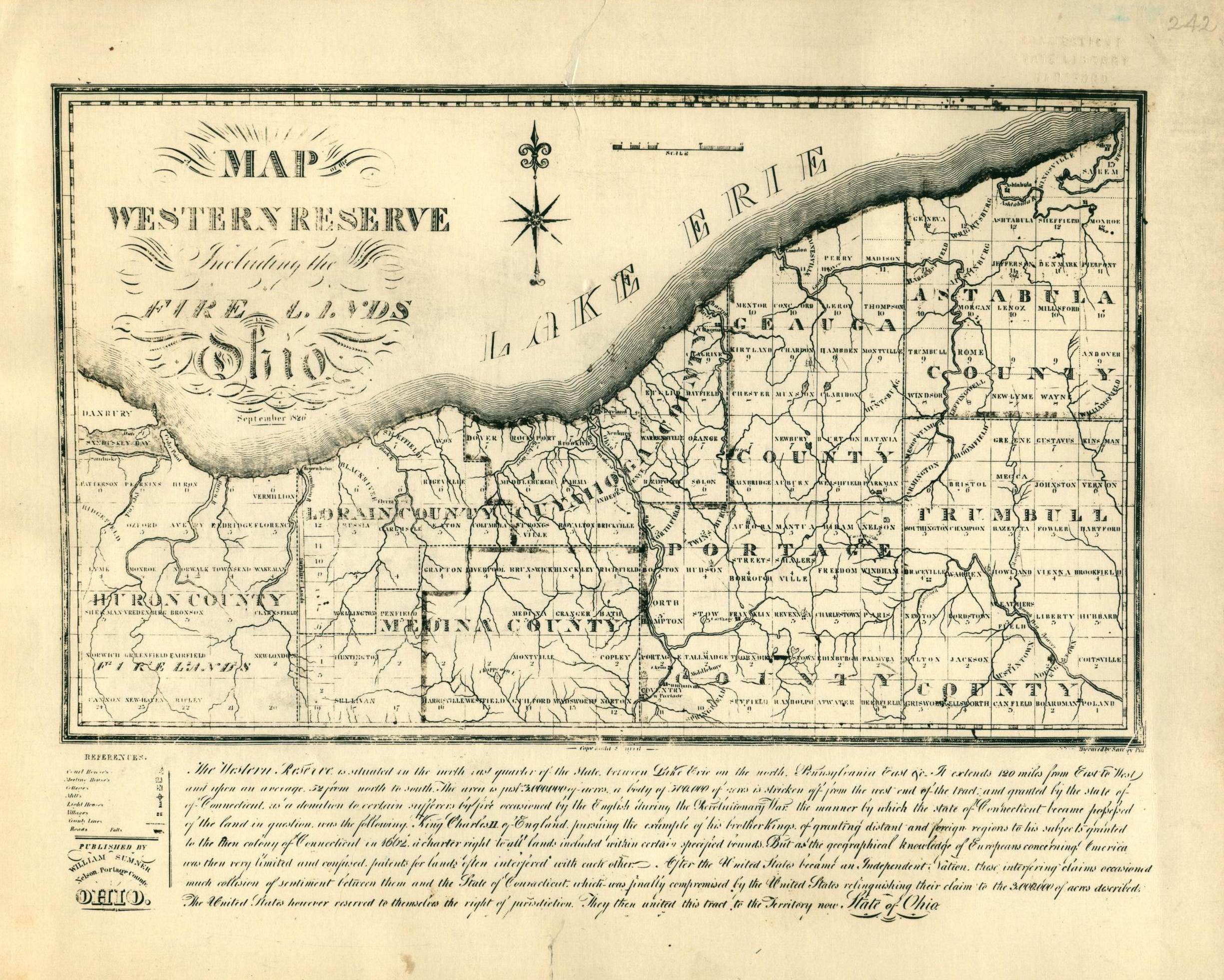 "The part of Ohio most intimately associated with Connecticut is the Western Reserve. When Connecticut yielded her claims to any Pennsylvania land by a deed of cession to Congress in 1786 [see Susquehanna Settlers], the state specifically 'reserved' a strip of land bordering upon Lake Erie and Pennsylvania, 120 miles wide from east to west.... Congress accepted this reservation, and the area ... was governed by Connecticut until 1800." (p. 199)

Van Dusen further states that the land was sold by Connecticut to venture capitalists in 1795 for $1,200,000. This group then organized the Connecticut Land Company. The "purchasers and associates" did not necessarily move to the reserve but hired agents to sell the land to those persons wishing to migrate. An initial party, led by Moses Cleaveland, reached the site of what is now Cleveland, Ohio, in 1796. Soon, so many Connecticut residents moved to this northeastern section of present-day Ohio that it was soon called "New Connecticut." Today, the area is still reminiscent of New England, especially in its architecture. Toward the end of the Revolutionary War, Connecticut set aside land at the west end of the Western Reserve to compensate those who had suffered from British raids; it became known as the Firelands.

Books and maps in our collection contain more information about the Western Reserve. Search our library catalog to see what materials we hold.