What were the Firelands? 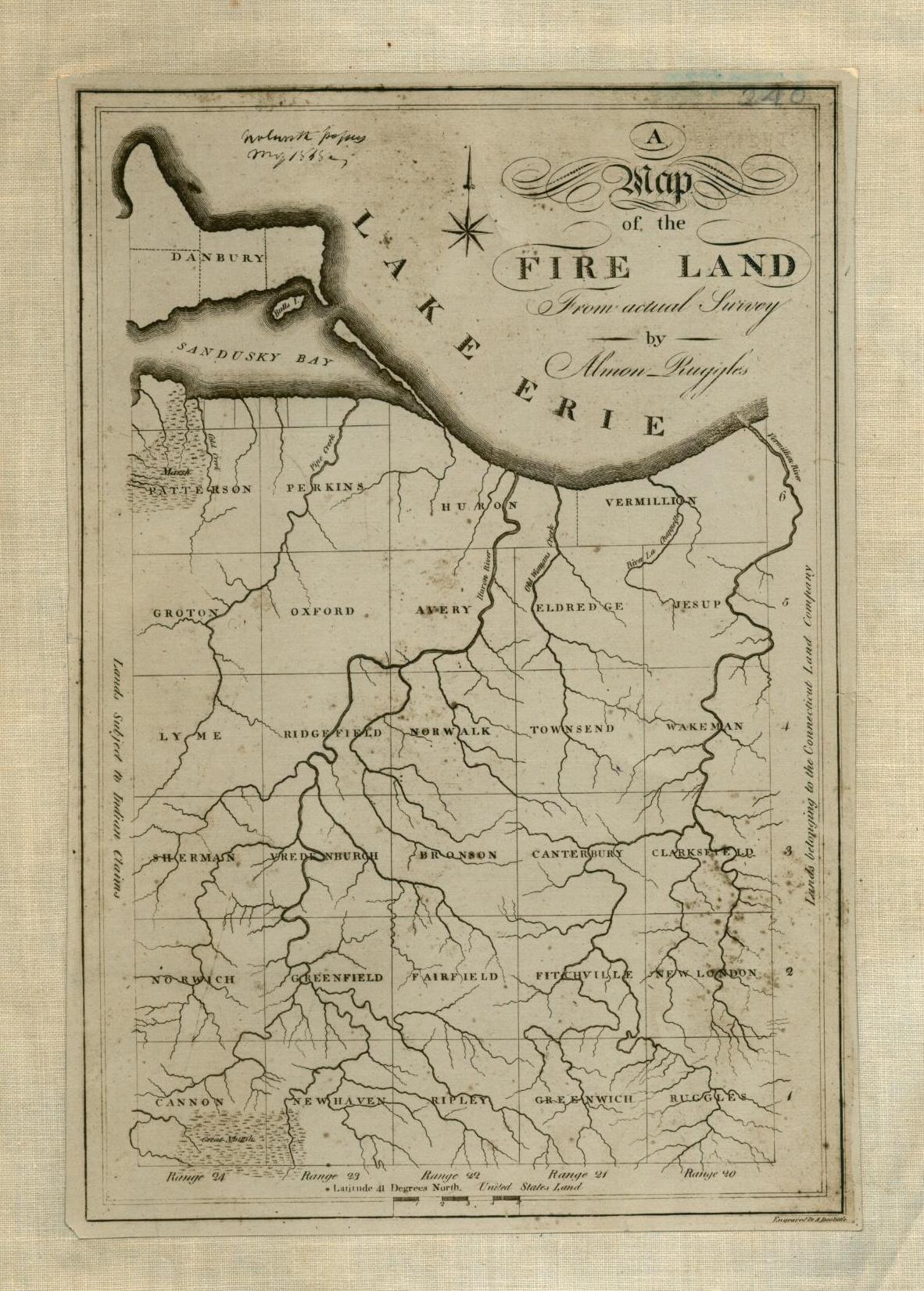 "At the western end of the [Connecticut Western] Reserve [in what is now Ohio] was a strip twenty-five miles wide known as the Firelands. This area was linked with Connecticut by bonds of suffering and destruction. As a result of severe British raids upon Danbury, New Haven, Fairfield, Norwalk, and New London in the Revolution, many families incurred great losses. After years of petitions for relief, the state finally took decisive action in 1792 to reimburse the victims and their heirs by turning over to them 500,000 acres in Ohio for equitable division according to losses."

Because of various delays a "full thirty years elapsed between the first British raid and the opening of the Firelands. By this time most of the sufferers were too old to migrate there..."(p.199). The Firelands are made up by the present-day Erie and Huron Counties, as well as a small portion of Ashland County, Ohio.

Books and maps in our collection contain more information about the Firelands. Search our library catalog to see what published materials we hold.