Links to Charters and Ordinances shelf lists by town.

Connecticut's cities, towns, and boroughs all have land use policies and building requirements and restrictions that vary by zone. Some towns have only a few types of zones, while others have dozens! Most towns have a planning and zoning board or commission that regulates zoning, as well as regulations for new subdivisions and streets.

Zoning laws began to appear in Connecticut in the 1920s as towns, cities, and boroughs sought to regulate growth, reduce congestion, and protect property values. The first zoning regulations were approved by the legislature for New Haven in 1921, and after a bill allowing zoning in the state as a whole passed in 1923 other cities and towns began to follow suit. Hartford's zoning laws came into effect in 1925.

The explosion of suburban growth in the decades following World War II prompted many suburbs and smaller towns to create and amend zoning ordinances, as well as regulations for new residential subdivisions. Zoning practices have become much more complex in the years since. In the 1940s a medium-sized zoning map could fit all the regulations for some towns on the back side. Today many towns have zoning and subdivision regulations that run hundreds of pages. 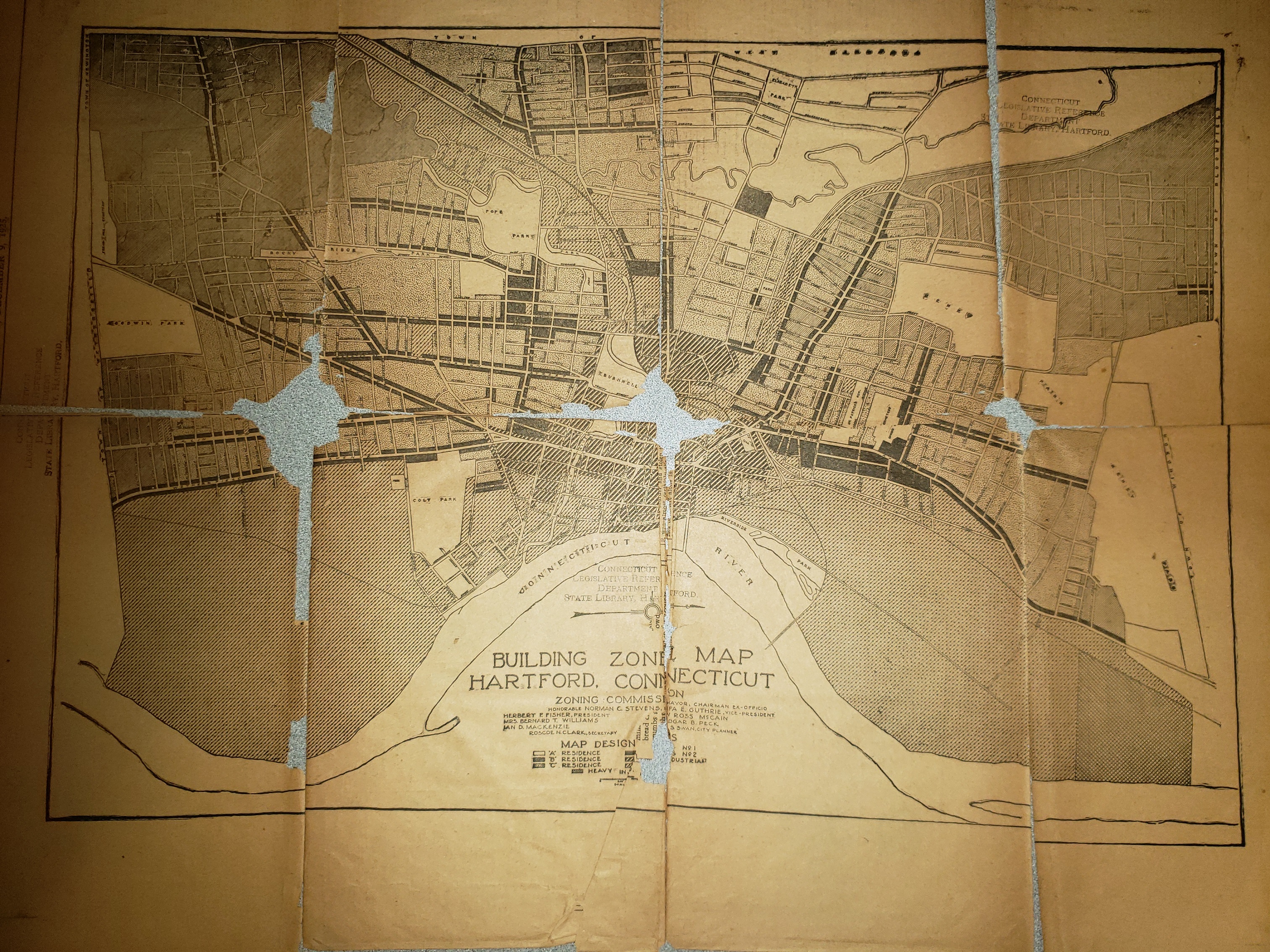 Hartford building zone map, 1925, as published in the Hartford Times.

The Charters and Ordinances collection includes planning and zoning material from most towns. Towns usually publish their current zoning maps and regulations on their websites. 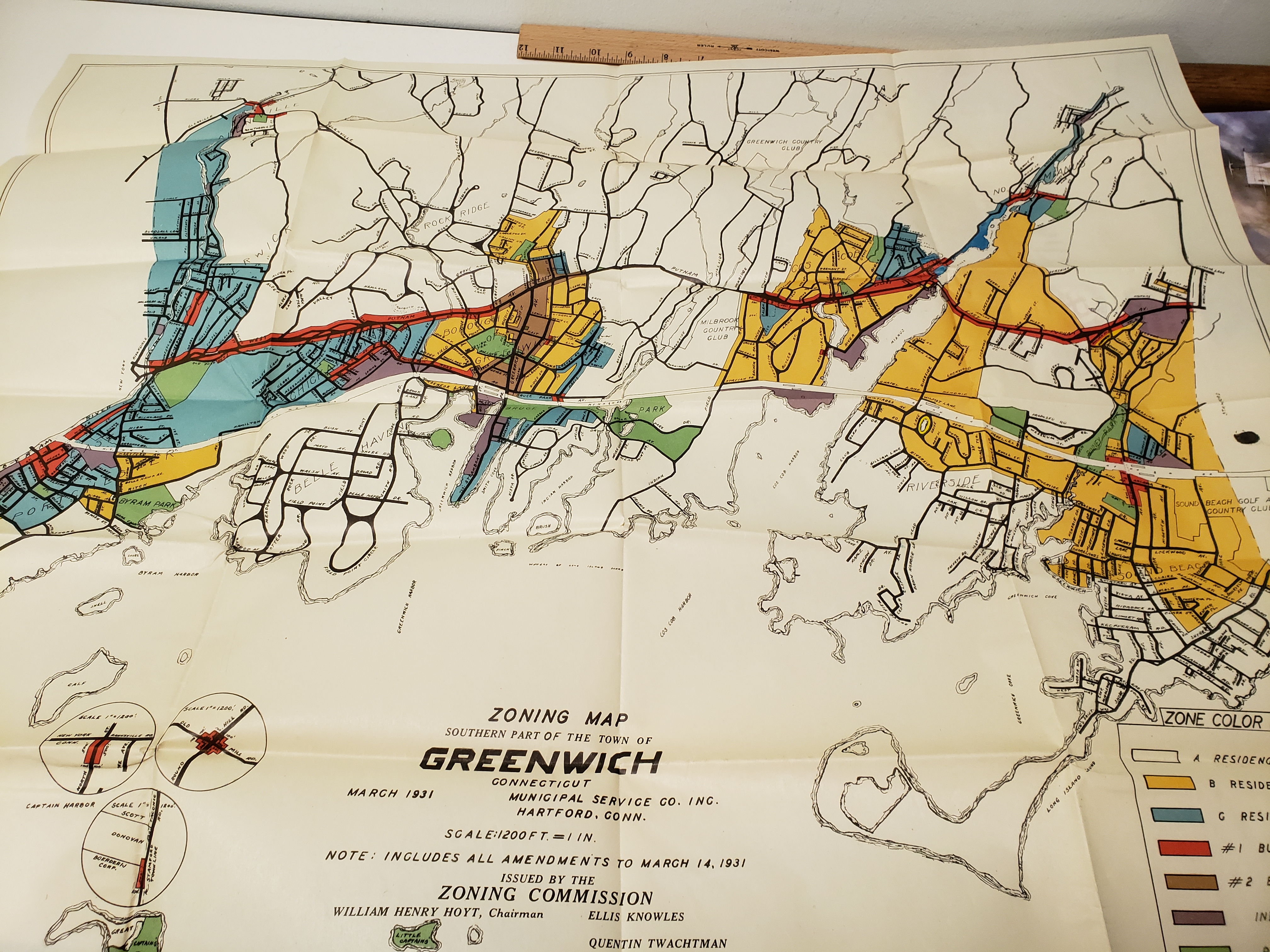 The collection contains zoning maps from different time periods for many towns. Attached below is a list of zoning maps held by the library, the town, city, or borough they cover, their shelving location, and the year of publication.