Learn about where to find birth, marriage & death records

Vital information from headstone inscriptions in over 2,000 Connecticut cemeteries was recorded in a W.P.A. project directed by Charles R. Hale ca. 1932-5. These records are bound in volumes for each town and are indexed on slips in a single alphabetical file.

Many cemeteries had been abandoned and long-forgotten when Mr. Hale began his research.  For example, the town clerk in North Stonington knew of only nine cemeteries in the town; Mr. Hale found 95.  He made house-to-house inquiries about old vaguely-remembered plots, and then crawled through the woods to find them.  He even located a cemetery under Route 9 in Middletown and several that had been flooded by reservoirs.  In total 2,269 cemeteries came to light. 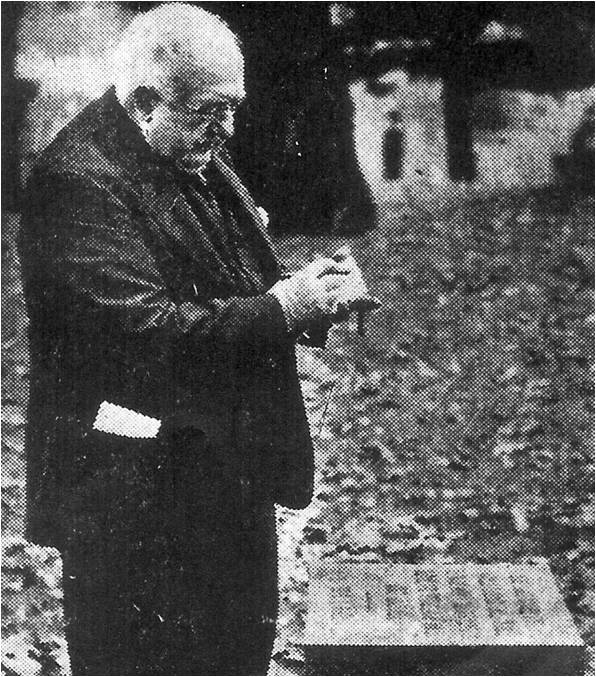 Freely Available on FamilySearch as the Charles R. Hale Collection. The microfilm collection is also available.

The cemetery inscriptions were also digitized by Ancestry.com

The Charles R. Hale Collection is the legacy of an extraordinarily dedicated and persistent individual.  He began his unusual vocation in 1916, when he made a chart of veterans’ graves in a Rocky Hill cemetery for the Sons of Union Veterans of the Civil War, of which he was a member.  Soon he was to do the same in Wethersfield and Newington and decided to expand his efforts to include all of Hartford County.

At this point his work came to the attention of George S. Godard, State Librarian.  Mr. Godard asked his aid in locating graves of Revolutionary veterans, as he had received many inquiries about them.  With the outbreak of World War I, the Connecticut General Assembly appropriated funds to continue the project under the auspices of the State Library.  But now Mr. Hale was to begin a project unique in the United States:  the location and charting of all Connecticut veterans’ graves from the original settling of the colony to the present.  He also received the unique title of State Military Necrologist.  In 1934 the project received federal relief funds to provide jobs for the unemployed.  Later it became a W.P.A. project employing over 80 people.

Mr. Hale was devoted in his office at 30 Oak Street.  He kept a collection of unusual epitaphs, which he found fascinating and often puzzling.  President Roosevelt cited him for his patriotic labors, and he was national chairman of the Committee on Marking Graves of Sons of Civil War Veterans.